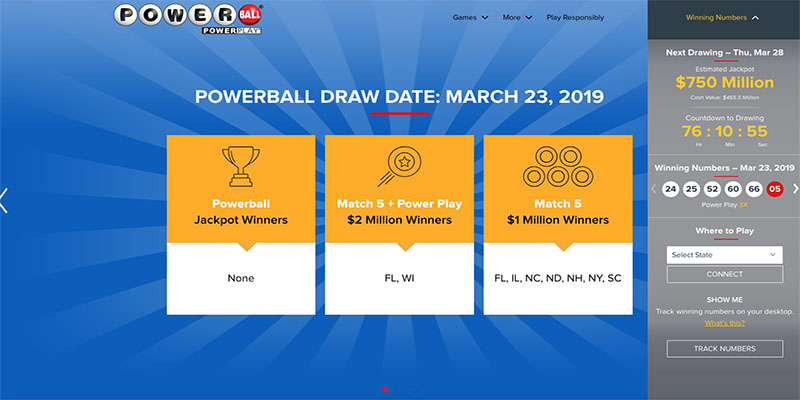 Players of the United States Powerball Lottery will be crossing fingers, toes and thumbs in the hope to win a massive $750 million jackpot prize on offer. The last time the jackpot was won, occurred back on Boxing Day last year and as a result, this has seen the jackpot reach the staggering three quarters of a billion dollars on offer. A total of 25 lottery drawings without the jackpot being hit.

Currently the fourth largest lottery jackpot in the world ever on offer, it is also only the fourth time in history that a lottery jackpot has exceeded $700 million. As no winner of the ultimate prize was drawn on Saturday 23rd March, this coming Wednesday sees the prize on offer reach the massive $750 million. No doubt, there will be major interest in purchasing tickets for the midweek Powerball draw.

If a lucky winner is drawn, there is the option for the winner to receive immediately an instant $465.5 million in cash instead. It is likely however, that the estimated jackpot on offer is actually less than what will be won.

The largest  Powerball Lottery prize ever won happened on January 13th 2016, where a $1.5864 billion prize was shared between three winning ticket holders who resided in California, Florida and Tennessee.