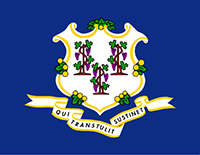 A wide variety of gambling is found in Connecticut. Some is available at bricks-and-mortar establishments, while there is also limited online gaming permitted in the state.

Connecticut is home to two of the best known casinos in the country. Foxwoods, located in Mashantucket, is the largest casino in the United States. Mohegan Sun is also located in Connecticut.

Foxwoods started out as a bingo hall in 1986. It spread into table games in 1992 and added slots and video poker a year later after reaching a gaming compact with the state.

Mohegan Sun is not as large as Foxwoods. It is located in Uncasville.

Both casinos pay Connecticut 25% of gaming revenue in the form of taxes. This gives the pair a monopoly and keeps commercial casinos out of the market.

Foxwoods and Mohegan Sun have suffered from expanded competition in the region over recent years. Tribal casinos and slots at racetracks in New York, as well as lottery casinos and tracks in Rhode Island, have cut into Connecticut’s gaming win.

Massachusetts is expanding its gaming industry in an attempt to capture some of that revenue. This competition continues to erode these once-incredibly profitable casinos in Connecticut.

North Dakota licenses Bet America which accepts legal online wagers for horse racing, dog racing and fantasy sports. This is legal for residents of this state (please read their terms and conditions to ensure this has not changed).

The Connecticut Lottery launched in 1971. It was one of the earliest in the country. A variety of scratch-off tickets are sold. Many lotto drawings are spread daily. These include specific state ones, as well as interstate Powerball and Mega Millions lottos. Another attempt to take Connecticut’s state lottery ticket sales online has failed.

There is only one form of legalized online gambling in Connecticut. That is racing. Bets are permitted on horses and greyhounds over the Internet and on mobile devices. Sites registered in Connecticut include TVG, MyWinners and TwinSpires. MyWinners operates a chain of off-track betting sites in Connecticut.

Daily fantasy sports sites operate in Connecticut. These companies are not regulated, nor are they specifically legal. Companies like DraftKings and FanDuel cite their legal status using Connecticut’s skill gaming laws. The state attorney general has made no effort to block daily fantasy sites. In May 2017, DFS legalisation bill H52 (Rep. Matt Windschitl) and SSB1183 both failed to advance before the state legislature’s session adjournment.

There are numerous offshore sites that offer poker, casino games and sports betting. None are licensed to operate in Connecticut. Players considering a deposit on these sites should thoroughly research the risks involved with that decision.

Online gaming works — it’s been licensed in Europe for years, and in the US it’s already licensed in New Jersey, Nevada, and in Delaware. If you are a resident of the fine state of Connecticut, don’t just sit there — make your voice heard.

Click on the links to see what is the online gambling situation in each of those states.